For example, change in demand by 5% due to change in income by 10%. 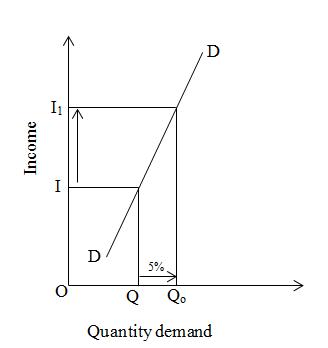 On the above figure, initial income is OI and quantity demand is OQ. When income increases from I to I1 by 10% then demand increases from Q to Q1 by 5%. This is known as elasticity of demand less than one.

Magnetic Field Due To Toroid