According to the law of conservation of energy :
“Energy can neither be created nor it is destroyed, however energy can be converted from one form energy to any other form of energy” 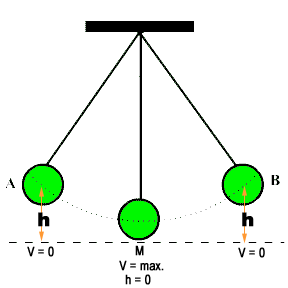 Conclusion
Above analysis indicates that the total energy during the motion does not change. I.e. the motion of the bob of simple pendulum is according to the law of conservation of energy.

Motion Of A Charged Particle In Magnetic Field

J.J. Thomson Experiment To Determine The Specific Charge Of An Electron (Cathode Ray)