The law of conservation of linear momentum states that if no external forces act on the system of two colliding objects, then the vector sum of the linear momentum of each body remains constant and is not affected by their mutual interaction.

Alternatively, it states that if net external force acting on a system is zero, the total momentum of the system remains constant.
Proof:
Let us consider a particle of mass ‘m’ and acceleration ‘a’. Then, from 2nd law of motion,

If no external force acts on the body then, F=0,

Therefore, ‘P’ is constant or conserved.
(Note: If the derivative of any quantity is zero, it must be a constant quantity.) 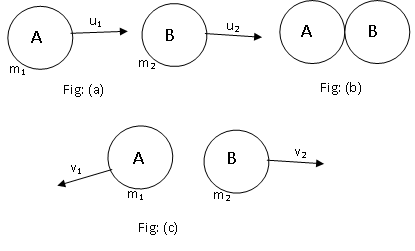 J.J. Thomson Experiment To Determine The Specific Charge Of An Electron (Cathode Ray)

AC Through Inductor, Capacitor And Resistor