Periodic motion
A motion that repeats itself in equal intervals of time is called Periodic Motion.

Vibratory motion
If a particle in periodic motion moves back and forth (To and Fro) over the same path, then this type
of motion is called Vibratory or Oscillatory Motion. 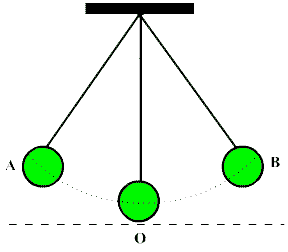 Time period
Time required to complete one vibration is called Time Period of vibrating body. It is denoted by “T”.

Frequency
Number of vibrations executed by a vibrating body in one second is called its frequency.
It is denoted by “f”.
Frequency is reciprocal of time period f = 1/T
Unit of frequency: Hertz
Other units : cycle/sec or vibration/sec.

Displacement
Displacement of the vibrating body at any instant in its distance from the mean
position at that instant either right or left side. Here it is denoted by “x“.

Amplitude
Maximum displacement of a vibrating body on either side of its
equilibrium position is called amplitude of vibration. It is denoted by.

What Happens To The Vapour Pressure Of A Solvent, When Non Volatile Solute Particles Are Dissolved In It?

Define Aqueous Tension. Why Is It Subtracted From The Total Pressure To Determine The Pressure Of A Dry Gas?