Types of Vectors:
1. Co-initial vectors: All those vectors whose initial points are same, such vectors are called co initial vectors. Ex: OA,OB,OC, OD ,OE all these vectors have initial point O. Hence these are co-initial vectors. 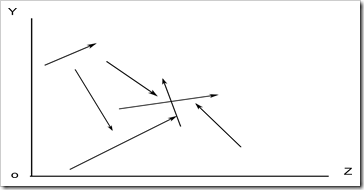 4. Null vectors: Any vector which has direction but no magnitude is called a null vector. For a null
vector its initial point and the terminal point will be same .
Ex: overline{AA} ,overline{BB} . overline{OO} ………………. Are null vectors. 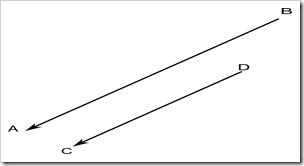 7. Unlike Vectors: Any two vectors parallel to one another and acting in opposite directions are called unlike vectors. 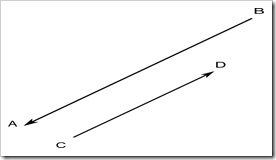 Note: If X,Y co-ordinates exists(not equal to zero) and the Z co-ordinates does not exist(=0), such vectors will be in XY plane. Note: If Y,Z co-ordinates exists(not equal to zero) and the X co-ordinates does not exist(=0), such vectors will be in YZ plane. Note: If X,Z co-ordinates exists(not equal to zero) and the Y co-ordinates does not exist(=0), such vectors will be in XZ plane.

11. Space Vector: If any vector possess components along all the three axes X,Y and Z such vectors are called space vectors. Concept of partnership firm and partners

Differentiate between sole trading and partnership