We can explain it by the help of given figure: 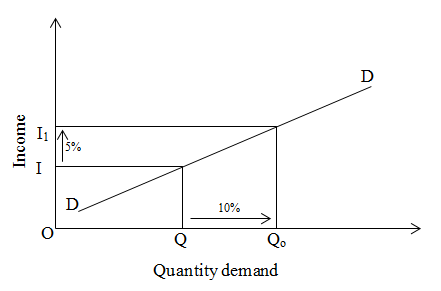 On the above figure x and y-axis measures quantity demand and income respectively. DD is demand curve. In initial stage, income and demand is OI and OQ. When income is increased from I to I1 by 5% then demand is increased from Q to Q­1­ by 10%. This case is known is income elasticity of demand greater than one.

Extraction Of Zinc From Zinc Blende

Extraction Of Copper From Copper Pyrite